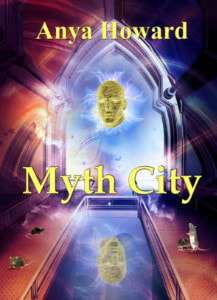 Myth City by Anya Howard
Details:
Apple has taken the task of carrying a friend’s ashes beyond the safety of the City’s parameters. To her  surprise she is met by a stranger. Humans and other forms of life are not even thought able to live in this dreaded terrain! Graham is not only healthy, he is kind and attractive, and he plays a pipe that makes music -real music, something that has not been heard in decades. But with his fantastic tales of a homeland which lies over the hills and far away, Apple believes this intriguing man must be quite mad. It is only after seeing him drive off a pair of rats with just the lull of his pipe music Apple understands this man is not delusional, but gifted. Apple also realizes quite keenly that despite the emotional abstinence expected by City law, she is falling in love with Graham. And when the City elders attempt to use the piper’s gifts without meeting his asking price, they will face a swift penalty that jeopardizes the foundations of their heartless world. 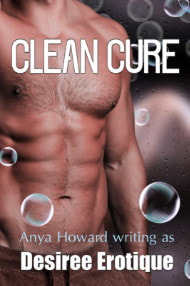 Details:
Nolan and Colleen have a consensual Master/slave relationship, and when Nolan’s unit was sent overseas, Colleen was understandably distressed by the absence of her Master. Now that Nolan has returned home, he discovers his sub has picked up one particularly displeasing habit. But Nolan has no question about how to cure his beloved Colleen of the habit; one that involves tender loving care and a bar of soap. 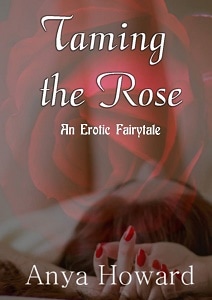 As the daughter of a forest woodsman, Roselyn’s life has always been simple and unadventurous. Compared frequently to her stunning younger sister, Rooselyn has never forgotten that she stands second place in their widowed mother’s heart. Everything changes for her family, however, after her sister accepts the marriage proposal of the once-cursed and handsome Prince Michael.

Enduring the dour courtiers at the prince’s castle is definitely not Roselyn’s idea of fun. Soon she becomes friends with a pair of lively young men who are equally bored with the court. When the three venture secretly to a Fair outside of Michael’s dominion, Roselyn witnesses sensuous sights that remind her of the frustrated desires she has always ignored. That night Roselyn is introduced to the Mummer King, a masked figure whose duty is to carry petitioners’ requests to the old pagan gods. In the presence of this forbidding stranger Roselyn dares to confess her secret and passionate needs.

Upon the return to Prince Michael’s castle Roselyn is confronted with an ancient evil that has been unleashed upon the court. Hope of defeating this monstrous force arrives in a most unexpected hero - one who will not only challenge Michael’s reign and but more so, Roselyn’s dubious beliefs about love.

KINDLE
Now in paperback and new electronic editions
The Story of Odette: The Swanmaiden's Unveiling by Anya Howard 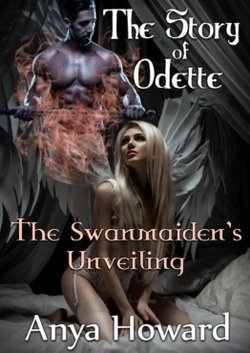 Odette, daughter of a Saxon cheiftain and his swanmaiden bride, was orphaned at an early age and then banished by her vengeful half-sister, Vanda. Years later, Odette is found by her sympathetic brother-in-law, and escorted into the safe haven of Athla. In this fabled realm the law decrees that Odette must learn the sacred rites of the Great Balance, or the sensual equilibrium between men and women.

While Odette is initiated into Athla's disciplines of passion and surrender, powerful forces work beyond the borders. The vampire priests of Loki seek a swanmaiden's daughter in order to sacrifice her so that their god may be released from his ancient shackles. To obtain Odette for this rite, the vampires turn to Lady Vanda and the aid of a handsome mercenary who knows nothing about Odette's heritage or Vanda's unsated sense of revenge.

What the malevolent trickster has not revealed to his priests is his true objective - not merely to usher in Ragnarok, but more importantly, to abolish and utterly destroy love and sensuality in the world of mankind. Only one man can stand against Loki's plans and save Odette from sacrifice - the same man who has vowed to return the swanmaiden's daughter back to her unforgiving sister.

Available in Kindle, too!
The literary and biographical content of this site belong to Anya Howard ©2011 Anya Howard All rights of distribution reserved